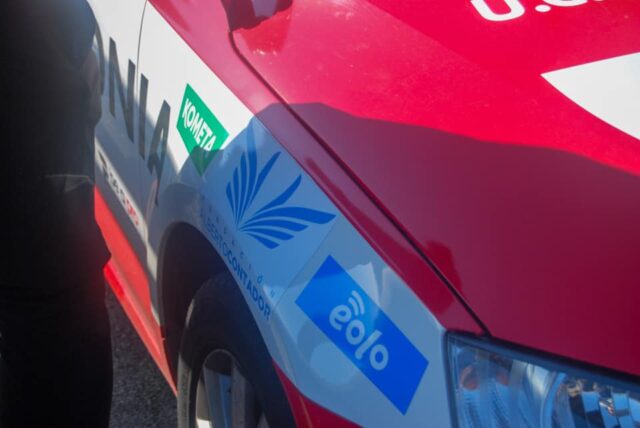 The Contador Foundation’s firm commitment to training cycling is going a little more international with the Unione Ciclistica Bustese Olonia. The historic Italian training structure, one of the most established youth teams in the country, will continue its work with school, cadet and youth cycling under the umbrella of the sporting project of EOLO-KOMETA Cycling Team and the Foundation.

The Contador Foundation began its work in 2013 with the Plaza Éboli Cycling Academy and the launch of the junior team. Some time later, the U23 team was added and since 2018 it has had a professional structure that has been evolving in category up to the current ProTeam, the second step of cycling, with the support of the Italian firms EOLO and KOMETA. The Spanish side is maintained, and the Foundation is even working to enter new categories and disciplines, but with this agreement it also wants to put the emphasis on a fundamental market for the main sponsors of the project.

“The ideal”, says Fran Contador, general manager of the EOLO-KOMETA Cycling Team and head of the Foundation, “would be to replicate in Italy the same structure we have in Spain. But it is something very complex, which takes time, and this is a first step. In the Foundation we are convinced of the work with the lower categories and what we look for is that also the Italian riders who could race with us in the future mature with us, we can do a follow-up to them as the one that we already do in Spain and for which professionals like Enric Mas, Juan Pedro López or Alejandro Ropero have arisen “. “The choice of the U. C. Bustese Olonia as our gateway to Italy is very simple. We know them very well thanks to Dario Andriotto, our scouting in Italy, always linked to them. A former rider of our structure, Antonio Puppio, whom we appreciate very much, came from there. Its headquarters is in Busto Arsizio, the town where one of our main sponsors, EOLO, is based”.

The U. C. Bustese Olonia was born in 1987 from the merger of Ciclistica Olonia and the centenary Velo Club Bustese, an entity whose creation dates back to 1919. As a result of this agreement, the Foundation’s logo, as well as those of EOLO and KOMETA, will appear on the equipment and gear of all the structures.