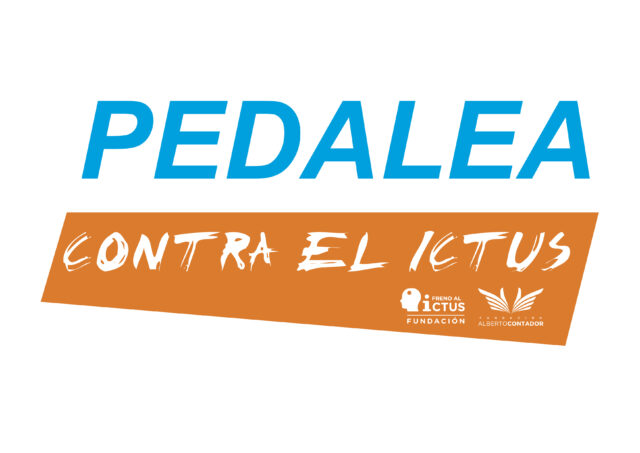 The Fundación Freno al Ictus and the Alberto Contador Foundation, in their commitment to society, are promoting ‘Pedalea contra el Ictus’

The Fundación Freno al Ictus and the Alberto Contador Foundation invite you to pedal against stroke in the first social, family and sports walk in our country in the fight against the disease. This first edition of ‘Pedalea contra el Ictus’ is organized in a virtual format that seeks a massive participation of the society to improve the situation of this pathology in Spain.

Both foundations, in their continuous commitment with society and in their fight against stroke, promote this initiative, whose main objective is to improve the situation of stroke in our country, making the disease visible among the population and serving as a vehicle to raise funds to be allocated to social projects on information, research and inclusion of those affected in our community.

“With ‘Pedalea contra el Ictus’ we want to get the disease out on the streets, so that people are informed about its high level of prevention and the importance of identifying it in time. Time is the brain! Furthermore, this march will allow us to raise funds to be used in projects that favour and improve the inclusion of those affected in our society”, explains Julio Agredano, president of the Freno al Ictus Foundation.

The ‘Pedalea contra el Ictus’ initiative has the backing and recognition of social interest from the Freno al Ictus Foundation and the Spanish Society of Neurology, with Alberto Contador as an exceptional sponsor, who through the Foundation that bears his name is at the forefront of the fight against the disease. “The stroke was the disease that changed my life”, says Alberto Contador. “Today there is much more information and many more means to fight it, but they are still insufficient. Ictus is still a very unknown disease, despite its great presence in our day-to-day life. Nationally, stroke is the leading cause of death among women. Globally, it is the leading cause of acquired disability among adults. 2020 is unfortunately a special year because of COVID-19, but there are many other diseases and illnesses that cannot be overshadowed by the pandemic because they remain just as serious.

Cycling against Stroke’ is not a competitive race, it is a popular march where families are invited to participate and join the fight against the disease.

In this first edition and due to the unprecedented health emergency caused by the Covid-19 pandemic, ‘Pedal Against Stroke’ will be held in virtual format, offering participants the opportunity to join in at any time during the period from 24 October to 1 November, coinciding with World Stroke Day (29 October).

The foundations are making available an information platform where participants can manage their registration for the event and an app, Pedal Against Stroke, where they can upload photos of their participation to provide visibility through social networks with the label #YoPedaleoContraElIctus.

The representatives of both institutions concluded by encouraging society to pedal against stroke and contribute to the fight against this disease, through ‘Pedal against Stroke’.