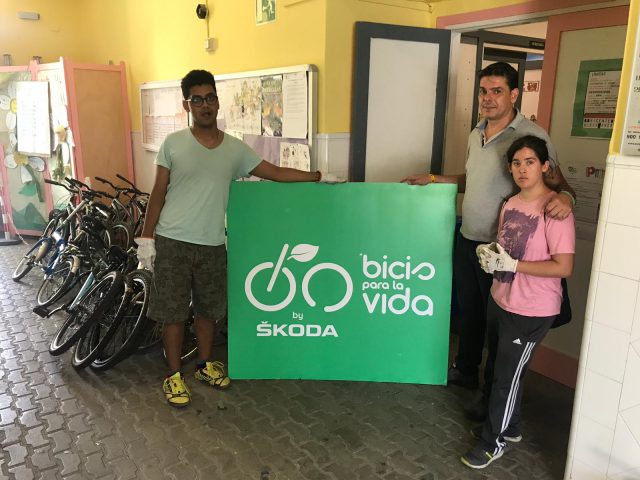 Bicis para la Vida by ŠKODA takes a new step forward in its role as a meeting point and generator of synergies. The Alberto Contador Foundation project has received a generous donation of eight bicycles from the Association of Mothers and Fathers (AMPA) of the historic Vicente Aleixandre de Aranjuez public school, a contribution that will allow you to develop new actions in the coming weeks.

The action in the riverside city was even more special because of the presence and participation of several members of the Pinto AMP in the collection process. The association, which works with people with disabilities or functional diversity, as well as with their families and their environment, collaborates with Bicis para la Vida by ŠKODA in the setting up and repair of bicycles.

This year, the Vicente Aleixandre Public School had started a bicycle collection campaign in its centre. This school is an institution within the educational panorama, not just in Madrid, but in Spain: it was inaugurated at the beginning of 1874, although it has been located in its current facilities since 1986.