The main objective of ‘Pedalea contra el Ictus’ is to improve the situation of this disease in Spain, making it visible among the population and serving as a vehicle for raising funds to be allocated to social projects that favour and improve the inclusion of the affected person in our society. One of the biggest problems with stroke is the lack of visibility and the great lack of knowledge that society has about it. Stroke affects 120,000 families a year in Spain, is the leading cause of death in women in our country, is the world’s leading cause of acquired disability in adults and is the second leading cause of dementia after Alzheimer’s disease.

The Fundación Freno al Ictus and the Fundación Alberto Contador invite you to pedal against stroke, from 22 to 31 October, in the second edition of this social, family and sporting walk, to promote the fight against this disease. As in the previous edition, this edition of ‘Pedalea contra el Ictus’ has been organised in a virtual format to facilitate mass participation by the general public.

Both foundations, in their ongoing commitment to society and in their fight against stroke, promote this initiative, whose primary objective is to improve the situation of stroke in our country, raising awareness of the disease among the population and serving as a vehicle for raising funds to be allocated to social projects on information, research and inclusion of those affected in our community.

In this sense, Julio Agredano, president of the Fundación Freno al Ictus stressed that “this initiative will allow us to raise funds that will be allocated to projects that favour and improve the inclusion of those affected in our society. One of the biggest problems with stroke is the lack of visibility and the lack of knowledge about it, with ‘Pedalea contra el Ictus’ we are taking the disease to the streets, in order to inform about its high prevention and the importance of identifying it in time”.

The organisers point out that it is not a competitive race, ‘Pedalea contra el Ictus’ is a popular walk to which family and friends are invited to participate and join in the fight against the disease, walking, running, pedalling all add up in the fight against stroke. This initiative has the experience of RPM-MKTG as organiser and the endorsement and recognition of social interest of the Fundación Freno al Ictus and the Spanish Society of Neurology, with Alberto Contador as an exceptional sponsor who, through his Foundation, is at the forefront of the fight against stroke.

For his part, Alberto Contador, points out that “this coming 29 October we once again have a whole day ahead of us to highlight the value of a disease such as stroke, about which there is greater social awareness every day thanks to the work of many institutions, professionals and groups who work very hard both to publicise it and to generate healthy habits to prevent it and to investigate its impact and combat its after-effects once it has occurred. Much remains to be done, but important steps have been taken at all levels in recent years. For the second year in a row, we are joining all the events related to this beautiful initiative that was so well received by the public last year. An initiative that we will continue for a week. The situation is different, the mobility restrictions are far from the same as last year at this time, but our idea of turning ‘Pedalea contra el Ictus’ into a physical event still has to wait a little while. While that is still possible, we once again believe in this formula through which we will raise money to be used entirely for social projects linked to stroke. 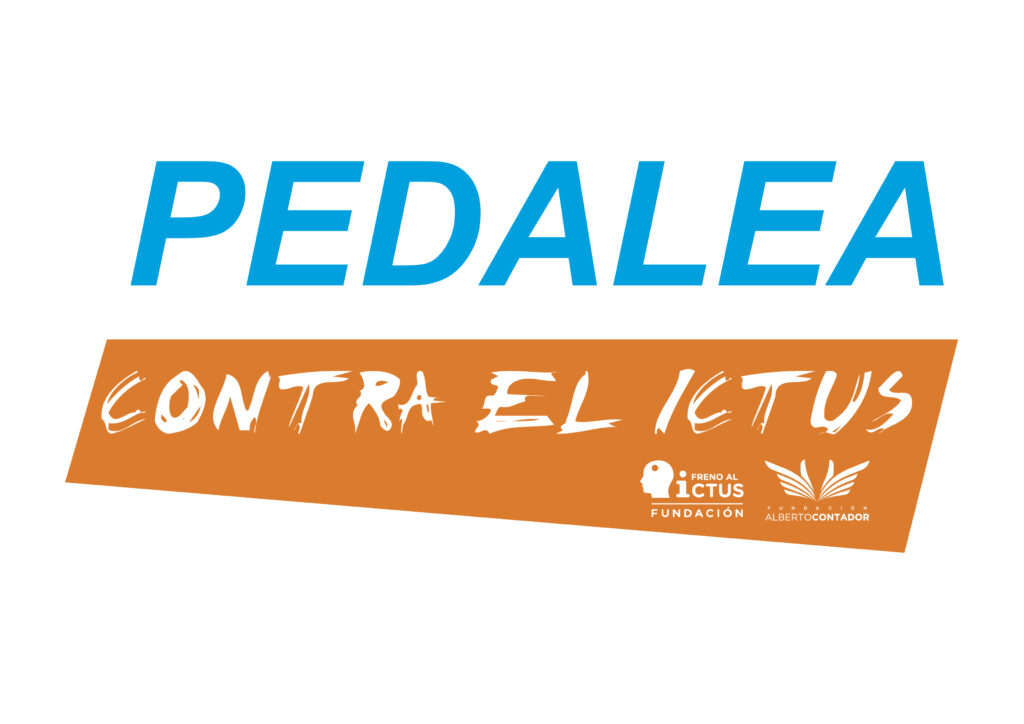 As a result of the great success of the first edition of the solidarity action ‘Pedalea contra el Ictus’, the Fundación Freno al Ictus and the Alberto Contador Foundation gave Deporte para DCA a total of 4,241.79 euros. The project is committed to physical activity as a tool for the inclusion of patients with different degrees of affectation, through sports with official active competition, such as swimming, athletics, women’s football, boccia and soon adapted cycling. Likewise, Deporte para DCA is also committed to Paralympic sport for young people with acquired brain damage.

In this second edition, ‘Pedalea contra el Ictus’ will take place in a virtual format, offering participants the opportunity to join in at any time during the period from 22 to 31 October, coinciding with World Stroke Day (29 October). 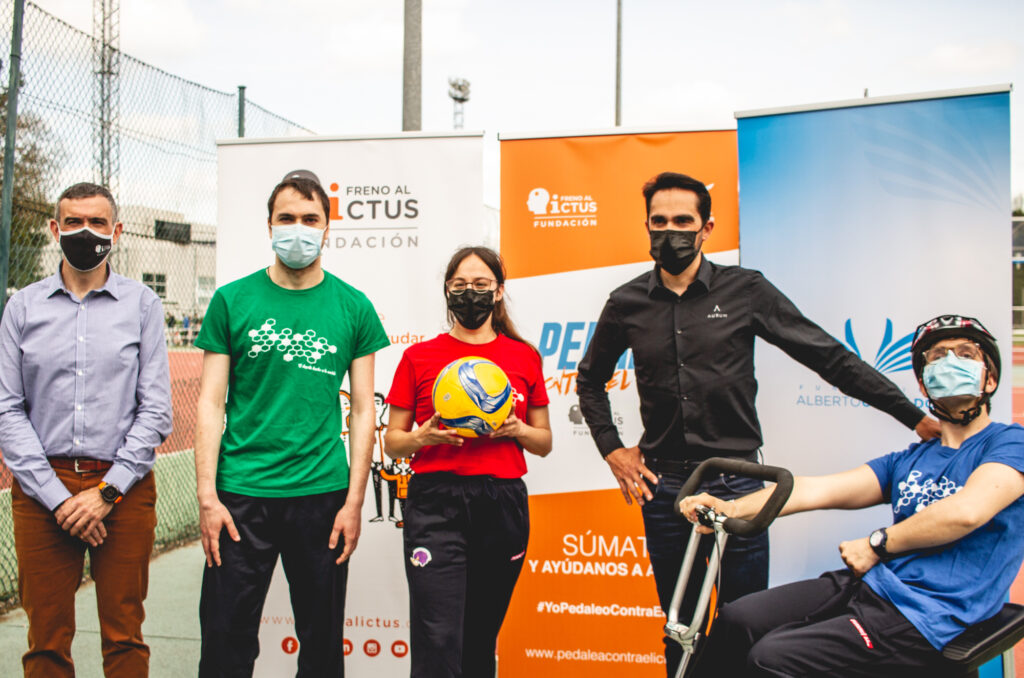 The foundations are providing those interested with an information platform www.pedaleacontraelictus.es where participants can manage their registration and an app where they can take and upload photos of their participation to give it visibility through social networks with the hashtag #yopedaleocontraelictus.

Stroke affects 120,000 families a year in Spain, is the leading cause of death in women in our country, is the world’s leading cause of acquired disability in adults and is the second leading cause of dementia after Alzheimer’s disease. However, it is a highly preventable and treatable disease, with 90% of strokes being preventable by modifying our lifestyle habits linked to personal health promotion. Furthermore, it is a pathology in which reaction time is fundamental for the correct evolution and treatment of the sequelae it causes.