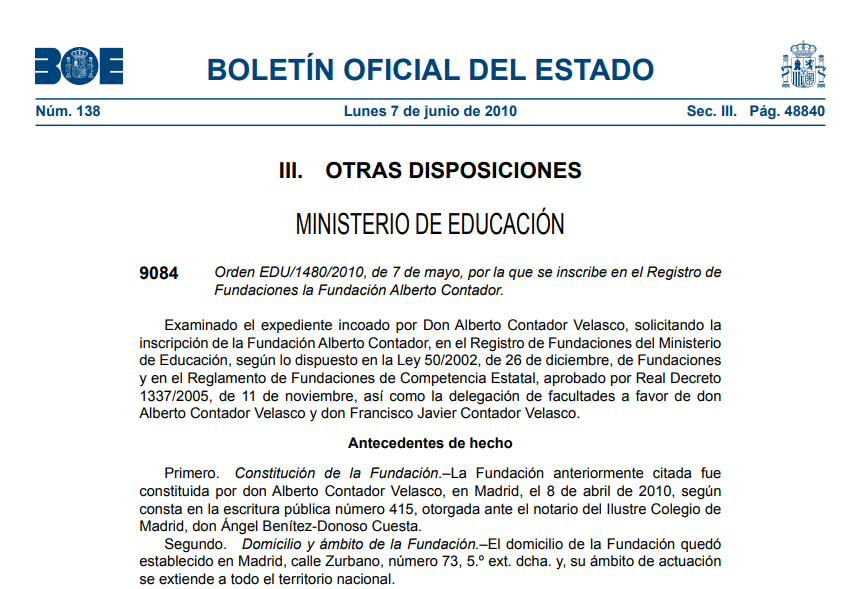 The Fundación Alberto Contador is now a reality. The Official State Gazette (BOE) of Monday 7 May 2010 published the official inscription in the Registry of Foundations of the Ministry of Education of this new institution promoted by the professional cyclist from Madrid currently in the ranks of the WorldTour Astana team.

The objective of the Fundación Alberto Contador / Alberto Contador Foundation is twofold. On the one hand, to raise social awareness of the social and health impact of a pathology such as cerebral ictus, stimulating greater knowledge among the population about it, how to prevent it and how to recognise it. On the other hand, the promotion of cycling as a physical activity through any activity that allows its dissemination and development.

The Alberto Contador Foundation, in order to promote a healthy lifestyle at a universal level, will also promote solidarity projects with bicycles as the central axis through the collection of unused bicycles and their subsequent distribution among groups at risk of social exclusion or in communities without so many economic resources in both national and international locations.

The governance, representation and administration of the Foundation is entrusted to a Board of Trustees, whose members will exercise their positions as Trustees free of charge and who are obliged to render accounts to the Protectorate. Initially, the Board of Trustees is made up of Alberto Contador Velasco as Chairman, Francisco Javier Contador Velasco as Secretary and Luis Bardají Muñoz as Member. 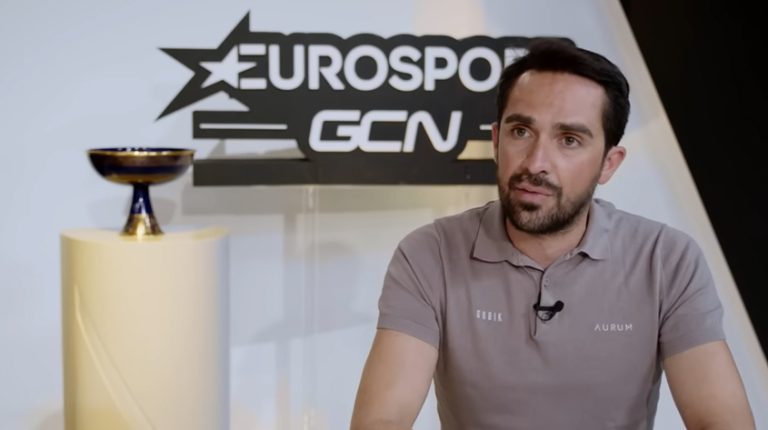 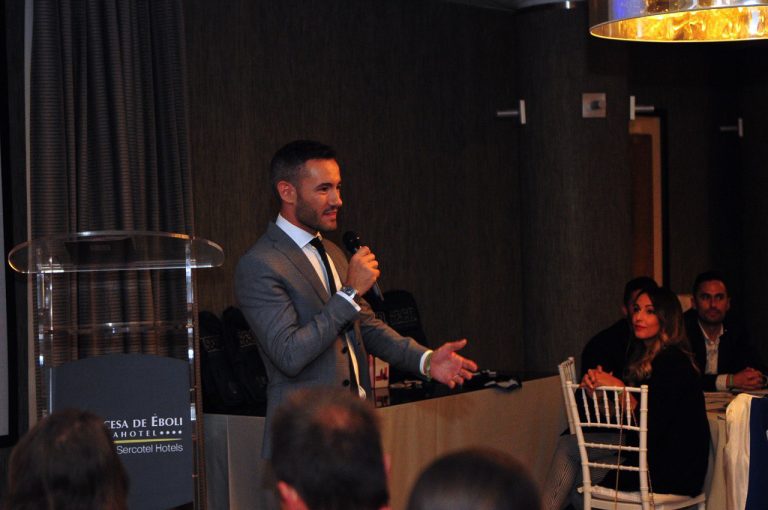 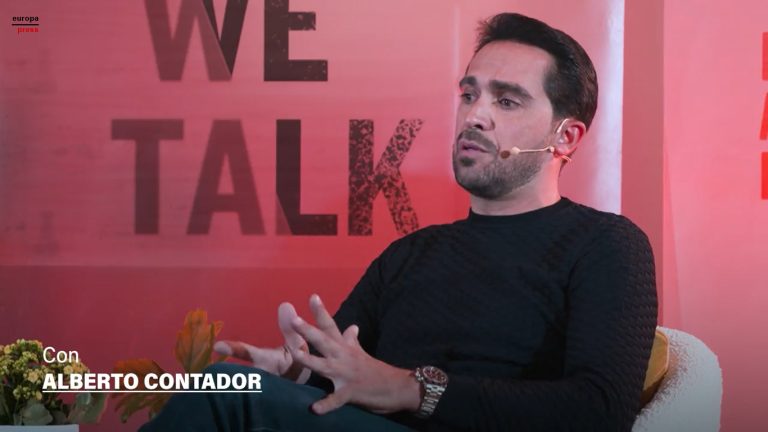