The ‘Camino por el Cambio con Amazon’, a wonderful day of coexistence and awareness between Arzúa and Santiago de Compostela

An enthusiastic peloton composed of Amazon workers, several of the ambassadors of the Idemticos project of the Fundación Contador and Alberto Contador himself have completed this Monday a last stage of the Camino de Santiago between the town of Arzúa and the Plaza del Obradoiro in Santiago de Compostela to give visibility to groups with functional diversity; an action in the framework of the ‘Camino por el Cambio con Amazon’ initiative that launches the e-commerce giant and through which has made a fundraising for the Foundation.

A day of cloudy skies at times, but with an ideal temperature for cycling, which started around 12:00 hours at the foot of the ornamental mural with xacobea theme designed in 2021 by the Galician urban artist Mon Devane within the initiative ‘The stars of the Camino’. Without haste, but without pause, and with some regrouping in between, the expedition dodged the threat of showers and completed the 40 kilometres to reach the end point around 14:00 hours. 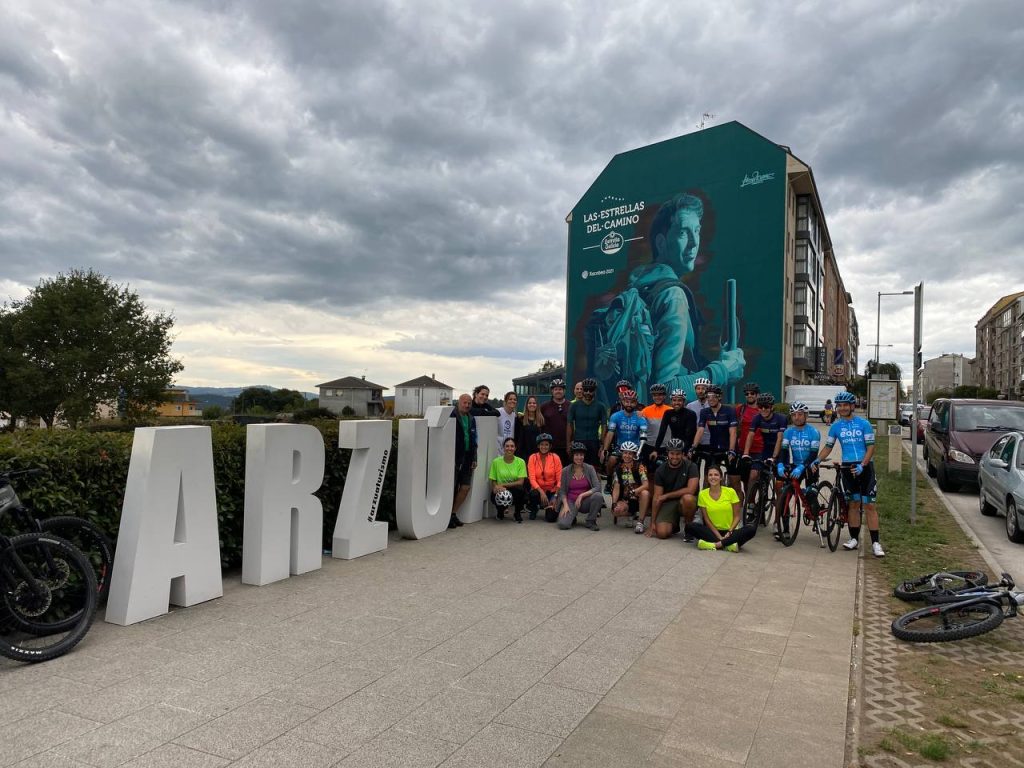 On Monday, it wasn’t the averages or the watts that mattered, but the message that was carried. Along the way, more cyclists joined the procession. And the arrival in front of the majestic cathedral of Santiago de Compostela was cheered by the applause of many visitors and onlookers and the whole Amazon expedition that has completed the Camino de Santiago, The Way, on foot. 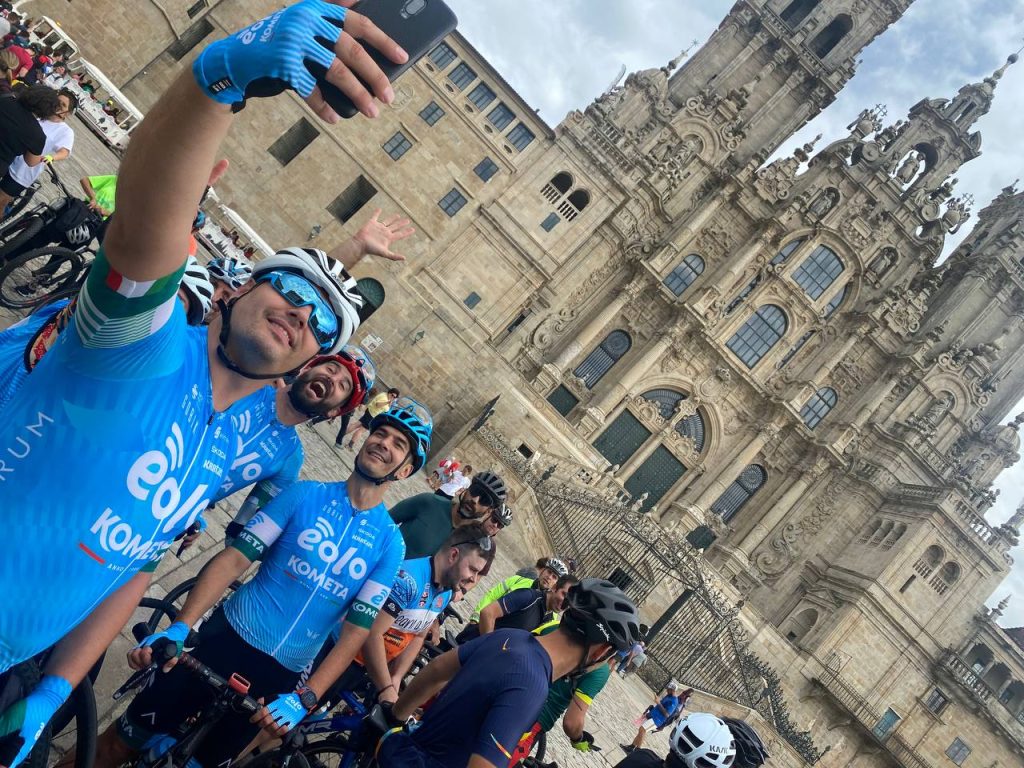 On behalf of the Idemticos project of the Contador Foundation, ambassadors Carlos Javier Mozos, José Manuel Dosdad, Raúl Vallinot and Christian Silva took part in the initiative. “I’ve been in the world of adapted cycling for about five years, twenty-five years with an acquired disability, and something like what we have experienced today is exciting for me”, said Mozos. “We have been able to go with a world sporting reference like Alberto, someone who has been number one in his sporting discipline worldwide. And on the other hand, it is a pleasure that a benchmark company like Amazon, with the visibility it has and its capacity to generate repercussions, spreads this message among its employees and that they are encouraged to participate and support it. Although it was a limited environment, and a relaxed atmosphere, it is equally valid for empathising and internalising the demands of our collective”. 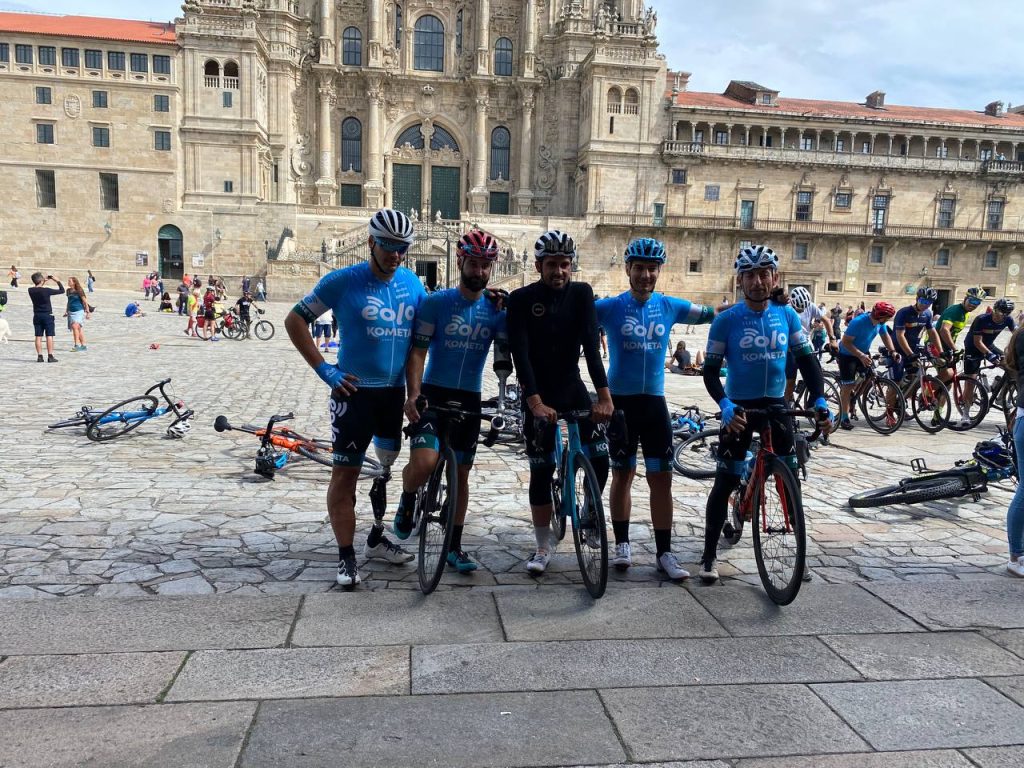 “In the end, the important thing is to practice a sporting activity, whatever it is. In our case, we were enchanted by cycling, but any sport is equally valid,” says Alberto Contador after tackling this initiative on an Aurum Magma Essentia. “The important thing is to exercise, the health benefits are multiple. In the case of groups with functional diversity, there are still some barriers to be broken down. And not only from the outside, but also within the group. As if sport were a complication or as if there were shame or doubts about practising it. And it shouldn’t be like that. Today we have had here with us four athletes like Christian, Carlos, José Manuel and Raúl, who day by day show us that the most difficult limits are the self-imposed ones. José Manuel has just completed a Tour of Spain on his own for a month!”.