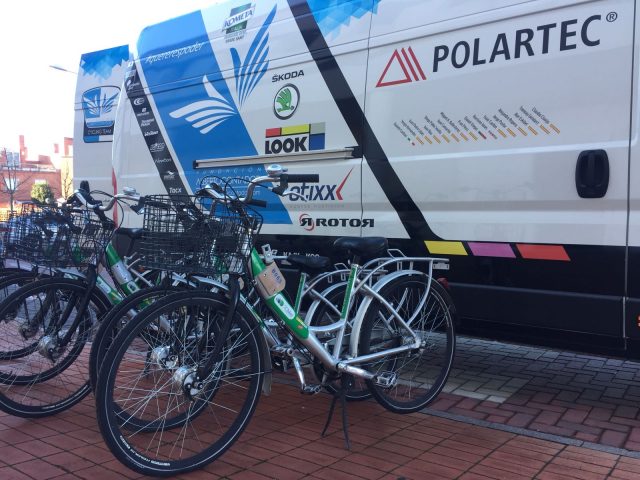 The City Council of Tres Cantos (Madrid) has just donated to the Alberto Contador Foundation, for the Bikes for Life program, forty bicycles coming from its municipal rental bicycle service. The Alberto Contador Foundation has already collected in the municipal stores the bikes removed from the service and that need a new set-up before being used again. Although the bikes are in good general condition, they need to be recycled to adapt them to normal use from a rental service, in which it is necessary to have an anchoring system to prevent theft and special closures on the wheels, things that will no longer be necessary in its new life.

In the workshop of Bikes for Life will be made now all the necessary changes as well as the replacement of damaged parts, especially saddles, which is what most suffer in this type of bicycles.

Once the bicycles are ready to roll again, their destination will be to travel in the coming months to several villages in the most disadvantaged areas of Morocco, where most will be given to children who will use them to go to school, usually far from their houses.

The Alberto Contador Foundation deeply appreciates the gesture of the people in charge of the municipality of Tres Cantos, who with this donation have collaborated effectively to continue spreading the use of the bicycle as a sustainable means of transport and, in addition, solidary.